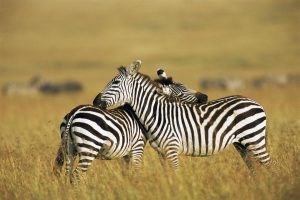 This is one of Africa’s most diverse and spectacular eco systems named in honor of the Maasai people who were the ancestral inhabitants of this region. According to the Maasai local language, Mara refers to spotted therefore describing how the reserve is dotted with several trees. Known for its exceptional wildlife populations like that of lions, the wildebeest migration is a highlight for Kenya safaris tours to the reserve. Here is a guide on the background, location, attractions, activities, best time and accommodation facilities around the reserve to help travelers plan;

Situated in South Western Kenya, the Maasai Mara Game Reserve is within the Narok County covering 1,510 sq km (580 sq mi). The reserve is located in the northern most section of the Mara – Serengeti eco system. The reserve is bordered in the south by the Serengeti National Park, in the west by the Siria escarpment and in the north and east by the Masai pastoral ranches.

The reserve is mainly drained by the Talek and Mara Rivers with the terrain mostly covered by open grasslands and distinctive acacia tree in the south east. The reserve altitude ranges from 1,500 -2,180 m above sea level.

In 1961, the now reserve was established as a wildlife sanctuary at the time covering 520 square kilometers (200 sq mi) with the Mara Triangle. Later on the same year, the area was extended to the east reaching 1,821 square kilometers (703 sq mi) then turned to a game reserve. From then however, the Narok County Council took over the reserve management and in 1974 they gave back part of the reserve to the community and the remaining part given a national reserve status. By 1976, the reserve had reduced to 1,510 sq km after more land was returned to the community. The Trans Mara County Council and the Narok County Council divided control over the park till 2001 when the not-for-profit Mara Conservancy took over management of the Mara Triangle.

Getting to Masai Mara reserve can either be by air or road depending on what is convenient.

By road; From Nairobi, Kenya’s capital, the reserve is about 270km away on a drive of about 4-5 hours on a good surface road till Narok town. From Narok town, you take a dirt road till the Sekenani gate.

By air; A flight to the reserve may last about 40-45 minutes. Safarilink operates two daily flights to and from the Maasai Mara to any of the eight major airstrips in the reserve.

Wildlife Maasai Mara National Reserve
Well known as a Kenya wildlife safari destination, Masai Mara is home to the wildebeest in Kenya. The Great wildebeest migration in the Kenya sector occurs every year between July and September as the plains are dotted black by the over 1.5 million wildebeest, zebras and other antelopes migrating from the Serengeti in Tanzania. This is the world’s largest roaming animal group and very amazing to sight.

Other wildlife species within the game reserve include the cheetah (fastest land animal), all of the big five game and these are the Buffaloes, Rhinos, Lions, Leopards and Elephants. More wildlife species include the Elands (world’s largest antelope), giraffe, impala, topi, gazelle, Coke’s hartebeest, warthog, hippos, Defassa waterbuck and many more.

The best way of seeing wildlife up close in Masai Mara game reserve is by undertaking a game drive through the plains. Game drives can either be done in the morning or in the afternoon, alongside a knowledgeable driver guide. Masai Mara Game Reserve does not allow night game drives and park rules and regulations must be followed.

Birding in Maasai Mara National Reserve
With about 500 bird species known to be within the boundaries of Masai Mara National Reserve, this is a great bird watching safari in Kenya destination. Some of the bird species seen in the park include the Superb Starlings, Lilac-breasted roller, Little bee-eater, Ostriches, Kori bustard, Southern ground hornbill, Denham’s bustard, Ross’s turaco, Schalow’s turaco, Grey Kestrel and many more.

Areas along the Talek and Mara Rivers are some of the important birding areas.

Masai cultural visits
Maasai people live just outside the Maasai Mara National Reserve in their local community that gained the reserve its name. The Maasai are semi-nomadic depending mainly on livestock including cattle, goats and sheep. They live in small settlements of about 8-15 people in houses protected by thorn bushes or fencing.

A visit to the Maasai Manyatta is a great experience as travelers visit the local community called the Mara Rianda which consists of 48 traditional houses surrounded by a cattle enclosure. In these Manyattas, you experience a very authentic and unchanged life of the traditional Maasai people.

For comfort and wonderful stays, Maasai Mara has several lodging facilities that travelers can relax and spend a night at. Here we give you a highlight of what the top picks just look like;

Mara Bush Camp
Mara Bush Camp is a mobile camp discretely “tucked away” in a riverine forest on the banks of the seasonal Olare Orok River. For travelers using air transport, the camp is just 1km from Ol Kiombo airstrip within the Maasai Mara heartland. Mara Bush Camp is small but offers personalized services whilst providing all of the amenities that make you feel at home. The camp has spacious tent verandas overlooking the hippos.

Loyk Mara Camp
Loyk Mara Camp has a lot of different facilities to satisfy the demand of Guests who value the Sense of Privacy and Peace to make them fill comfortable in the Heart of the Wild Nature.
Beside the standard services and facilities such like full board accommodation and game drives in Masai Mara National Reserve the camp offers a large variety of activities for those who wish to learn more about themselves, test their strength, express themselves, get new Impressions and Impress their friends.

The camp is at a walking distance to Talek Village Shops & Markets.

Hippo Pool Viewpoint is 5 km from Talek bush camp, while Intrepid Mara Hippo Point is 13 km away. Talek Camp is only 15 minutes away from Olkiombo Airstrip in Masai Mara

The camp offers various sizes of double & single tents with many Off-tent bathrooms and shower rooms.

Guests can enjoy a variety of meals and drinks at the restaurant with a big dinning and recreation area.

On-location car parking  is available, and we offer a secure campsite with 24/7 security.